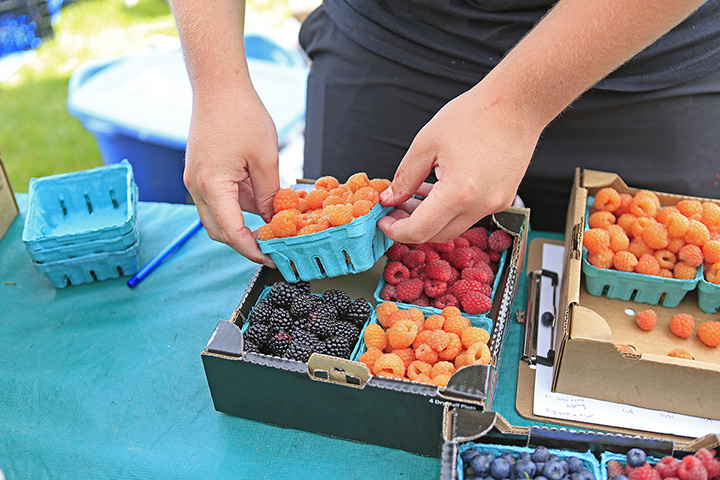 The Farmers' Market was originally the brainchild of Lois Wythe, then owner of The Peaceable Kingdom. She created and distributed flyers to explore interest in forming a community produce market in March 1988, asking the questions, "Would you like to put your garden to work? Are you interested in having high quality locally grown vegetables available to buy?" She then arranged for a meeting place at the county extension office for those to whom the concept appealed, and was astonished when about sixty people showed up to discuss the formation of a farmers market.

Enthusiastic supporters quickly formed a core group to formulate a basic structure, secure a site, and create an organization. The city agreed to allow the market to occupy Farmin Park during business hours, and within a few weeks the market opened with about ten venders, all offering produce, plants and flowers from their own gardens. The need for a source of fresh organic vegetables and fruits was immediately apparent, as customers arrived to buy from their neighbors and friends.

Farmers Market at Sandpoint is not affiliated with AmericanTowns Media
Share